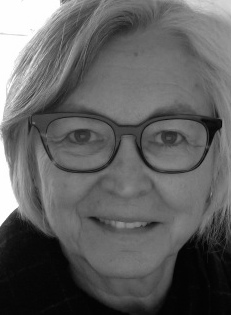 Website: Haig-Brown 2013-; Listening to the Land; Rodeo Women: Behind the Scenes

Professor Celia Haig-Brown is a Euro-Canadian ethnographer with a commitment to decolonizing approaches to research. Haig-Brown’s major research interests are based in work with Indigenous communities, nationally and internationally. Her first book (1988), a retrospective ethnography of the Kamloops Indian Residential School, was based on interviews with former students, as well as church and government documents. She has published three other books, numerous articles and reports, and co-directed three films including, Pelq’ilc (Coming Home), based on interviews with the children and grandchildren of the original participants from the Kamloops residential school. Her latest documentary film, Listen to the Land, is a lyrical look at the complexities of the Naskapi Nation’s commitment to the land and their culture in the contemporary economic reality of their involvement with open pit mining. It was funded by a Social Sciences & Humanities Research Council of Canada Insight Grant and was an official selection at the Irvine International Film Festival in California.

Invited Contribution to the Witness Blanket. For Witness: Pieces of History. www.witnessblanket.ca

All are distributed through V-tape in Toronto.

Rodeo Women: Behind the Scenes

Primary questions guiding this research are: How do women negotiate their roles in the many stages and facets of the work of rodeo production? What motivates their continued involvement? As a microcosm of women in male-dominated workplaces, "Rodeo Women: Behind the Scenes" adapts feminist sociologist Dorothy Smith's question, "What is the work that women actually do?" to contribute to and refine knowledge of the historic and contemporary involvement of diverse women in the sport of rodeo and the meanings of that work.

Listening to the Land: the Naskapi Nation Invests in Open Pit Mining