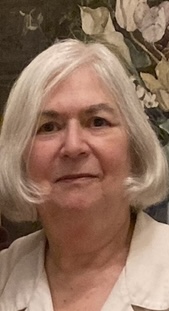 Professor Esther Sokolov Fine is an Associate Professor of Education in the Faculty of Education at York University, where she has taught since 1991. Before coming to York, she was an elementary teacher with the Toronto Board of Education. There, she taught in downtown public housing communities and alternative programs, including four years of teaching at the Downtown Alternative School.  The book Children as Peacemakers (Heinemann, 1995), which she co-authored with teachers Ann Lacey and Joan Baer, presents a history of the Downtown Alternative School (DAS). Esther Fine has conducted video research in Toronto’s Regent Park and at the Downtown Alternative School since the 1980s.  In her most recent retrospective research with the former DAS community, she bridges earlier data and video footage with recent interviews in a fifteen-years-later study.  These interviews, along with articles and narratives, can be accessed through her website (www.childrenaspeacemakers.ca), along with segments from the feature length video: “LIFE AT SCHOOL: THE DAS TAPES” (co-produced with filmmakers Roberta King and Ron Squire, King Squire Films Ltd., 2001).  Esther teaches pre-service and graduate courses in creative writing, developmental and critical literacy, adolescent and children’s literature, critical pedagogy, and models of education.

Difficult Conversations: the pedagogy and practice of negotiating in elementary schooling

Life at School: The DAS Tapes