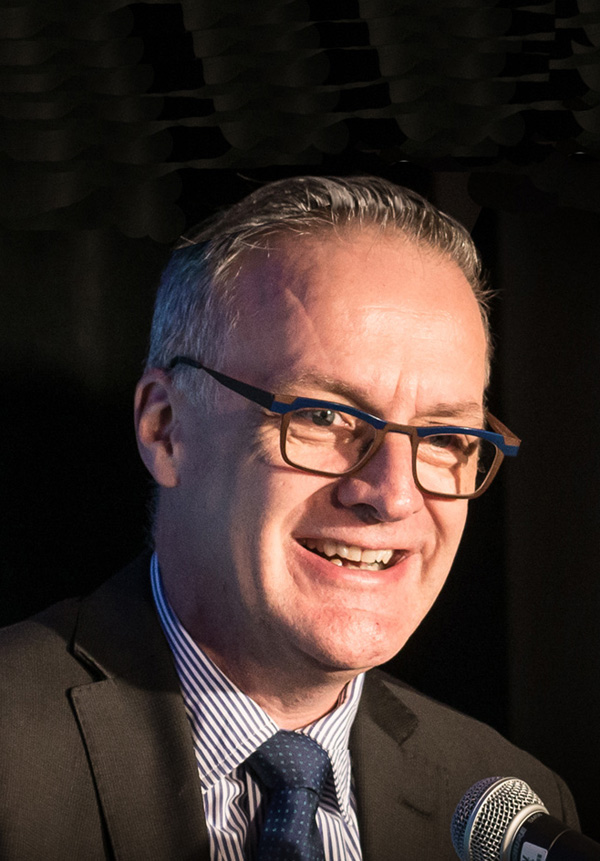 Stephen Gaetz is a Professor in the Faculty of Education and is the Director of the Canadian Observatory on Homelessness and the Homeless Hub.

As a scholar Dr. Stephen Gaetz has had a long-standing interest in understanding homelessness – its causes, how it is experienced, and potential solutions. His program of research has been defined by his desire to ‘make research matter’ through conducting rigorous scholarly research that contributes to our knowledge base on homelessness and is mobilized so that it has an impact on policy, practice and public opinion. Dr. Gaetz has published extensively on the subject of homelessness and his research on youth homelessness, prevention and models of intervention have contributed to significant change in how we respond to homelessness in Canada.  In 2015, he was appointed to the Province of Ontario’s Expert Advisory Panel on Homelessness, and in 2017 he played a leading role as a member of the Government of Canada’s Advisory Panel on Homelessness.

As an internationally recognized leader and innovator in the area of knowledge mobilization, Dr. Gaetz has pioneered efforts to bring together researchers, practitioners, policy makers and people with lived experience of homelessness to participate in a broad agenda of community engaged scholarship and knowledge creation designed to contribute to solutions to homelessness.   As Director of the Canadian Observatory on Homelessness, one of his key projects is the Homeless Hub, an innovative web-based research library internationally recognized as a leading example of innovation in knowledge mobilization. Incorporating “design thinking” into this work (Gaetz, 2014a), the Homeless Hub integrates collaborative processes of knowledge and content development with a more assertive involvement in different aspects of publishing (and modes of publication), including graphic design, marketing, communications, and dissemination, with the goal of increasing the reach, usability and ultimately the impact of research.

From 2007-2012 Dr. Gaetz was Associate Dean of Research and Professional Development in the Faculty of Education Prior to his time at York University, Dr. Gaetz worked in the Community Health Sector, both at Shout Clinic (a health clinic for street youth in Toronto) and Queen West Community Health Centre in Toronto.

The Canadian Observatory on Homelessness (COH) is a non-partisan research and policy partnership between academics, policy and decision makers, service providers and people with lived experience of homelessness.  Housed at York University, the COH evolved out of a 2008 Social Sciences and Humanities Research Council funded project called the Canadian Homelessness Research Network. Led by Dr. Stephen Gaetz, CEO & President, the COH collaborates with partners to conduct and mobilize research that contributes to better, more effective solutions to homelessness.

In an effort to bridge the gap between research, policy and practice, the COH goes beyond the mandate of a traditional research institute. As the largest homelessness-dedicated research institute in the world, we support service providers, policy makers, and governments to improve their capacity to end homelessness. Our philosophy is simple: through research, evaluation and design, we can develop evidence-based solutions and together, solve homelessness.   The COH research agenda is organized around 8 interlocking research themes:

2.     Effective models of accommodation and support

4.     The shift to homelessness prevention

We know that research alone cannot end homelessness. However, it is our role, and that of our partners, to generate research that supports significant conceptual shifts and provides an evidence base that allows others to implement solutions that truly move the dial on homelessness. To do so, the COH employs a range of strategies to inform stakeholders and disrupt longstanding, ineffective responses to homelessness.

The Homeless Hub (www.homelesshub.com)  is a web-based research library and information center representing an innovative step forward in the use of technology to enhance knowledge mobilization and networking. Building on the success of the Canadian Conference on Homelessness (2005), the Homeless Hub was created to address the need for a single access point to find homelessness information from across Canada. Launched in 2007, The Homeless Hub has emerged as a place where community services providers, researchers, government representatives, and the general public can access and share research, stories, and best practices. The Homeless Hub has since developed into a knowledge mobilization tool that is broadly recognized for the quality of content, the extensive library on homelessness (the largest in the world), and for the effective use of technology and social media.  The Homeless Hub operates out of York University, and is a project of the Canadian Homelessness Research Network.  The Director of the Homeless Hub is Dr. Stephen Gaetz, of York University.