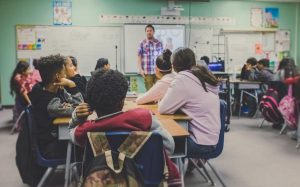 Professor and Jean Augustine Chair in Education, Community and Diaspora, Carl James, recently wrote an op-ed piece for the Conversation Canada about the Ontario Government's recent announcement to end streaming in Grade 9.

Streaming refers to the practice of placing students into educational programs — academic, “applied” and locally developed. These placements usually take place after Grade 8. They are often based on teacher and guidance counsellor recommendations. For Black students, low expectations and assumptions about their academic abilities and potential, direct them away from “academic” programs, which often lead to university.

Schools create social categories and have processes that sort students — on the basis of race, gender, class and other identities — into social hierarchies that “facilitate the creation of further inequalities both within schools and in the adult world.”

Essentially, schools are instrumental to our neoliberal capitalist system, and as such play a vital role in maintaining it even as we protest systemic racism and anti-Black racism.

What will it take to change things?