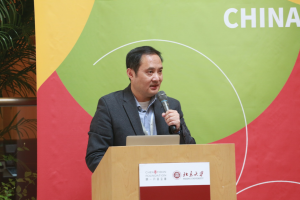 Earlier this winter, Associate Professor Qiang Zha made two trips to China to conduct case studies for his research project about institutional diversity in Chinese higher education, and to present and moderate sessions at two conferences.

Zha participated in the Duke International Forum, hosted by Duke Kunshan University near Shanghai, and presented a paper titled “Issues and Challenges Facing Chinese and American Universities: An Academic Culture & Academic Freedom Perspective.” In his paper, Zha maintains that there arises a climate of fear for Chinese scholars and students or a Sinophobia in American universities and academe, which stems from the xenophobia now taking hold in the American society. “While the university autonomy and academic freedom in the US, as well as the changing worldviews of the Chinese government might offset this “whole-of-society” threat manner towards Chinese scholars and students, the notions of Chinese academic culture and academic freedom should be put through examination and reconfiguration in relation to nationalism and patriotism,” says Zha. 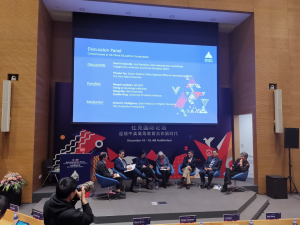 After the Duke International Forum, Zha paid a brief visit to Shanghai Normal University, which now houses a UNESCO Category 2 teacher education center that is mandated to sustainably increase the supply of qualified teachers in developing countries through international cooperation. While there he met with Dr. Minxuan Zhang, the former President of Shanghai Normal University and founder of the UNESCO teacher education center, Dr. Huixian Xia, the Dean of the Faculty of Education, and Dr. Wenle Yan, an associate professor with the UNESCO center. Upon returning to Toronto, Zha connected with Charles Hopkins, the UNESCO Chair in Reorienting Education towards Sustainability at York University to discuss future opportunities to work collaboratively with his Chinese colleagues, and both sides have expressed interest. In early January, Zha took part in the Yidan Education Forum 2020 “Liberal Education: An Intercultural Dialogue between China and the West,” jointly hosted by the Peking University and Chen Yidan Foundation. At this event, Professor Qiang Zha shared the ideas and studies behind his ongoing application for a SSHRC partnership grant, which explores the ways and innovations with respect to transforming liberal arts education (LAE). Both the Peking University and the Chen Yidan Foundation are confirmed partners in this application.