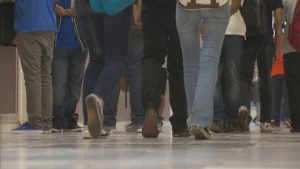 Trustees in Winnipeg are asking Winnipeg School Division officials to break down 2018-19 suspension data by race, inspired by an eye-opening 2017 study that revealed nearly half of all expelled students in a Toronto school board are black, even though they make up around 11 per cent of the student body.

York University professor and current Jean Augustine Chair in Education, Community and Diaspora, Carl James says “it's important to realize the role that race plays in the assumptions made about students and how they're treated.”