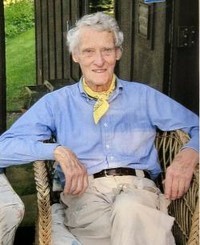 Overing served as dean from 1972 until his retirement in 1980. He was the first dean of the Faculty, which was inaugurated in 1971 and became operational in 1972, with the first courses being offered in 1973.

The new Faculty absorbed Lakeshore Teachers’ College in 1971, accepting most of the faculty there as York teachers.

Overing realized that teacher candidates needed to have a forum to process what they were learning, and introduced the Faculty’s teacher training program. It was founded on the principle that teachers should be competent to teach children of all levels and backgrounds. Traditionally, student teachers were given 10 weeks of practice teaching. Overing thought it would be beneficial to extend practice teaching to six months throughout the course.

Under Overing’s direction, the Faculty evolved to offer programs combining theory and practice in elementary, secondary and special education, in both a concurrent program (with an undergraduate degree in arts or science) and a consecutive (postgraduate) degree, as well as a master of education program and a doctoral program. The faculty also offered programs in Jewish teacher education, deaf and hard-of-hearing education, and a number of specialized graduate diplomas.

The Faculty grew to have a large in-service degree program for professional teachers who wanted to upgrade their qualifications.

Online remembrances and condolences may be written at brenansfh.com.